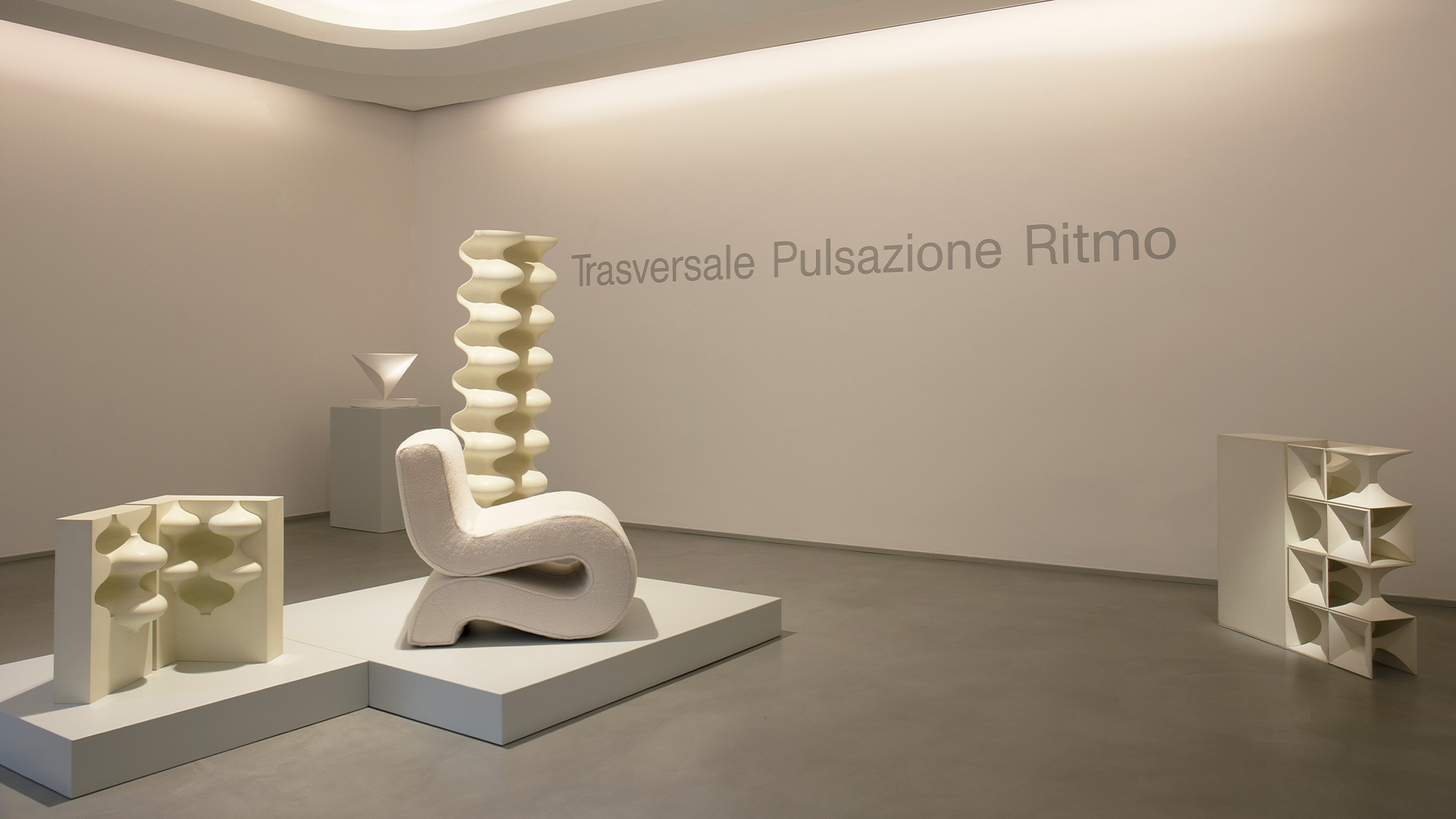 The exhibition at Paradisoterrestre Gallery intends to offer visitors the opportunity to (re)discover this extraordinary artist, thanks to the precious contribution of Cristiana Betti, the artist’s daughter and with the patronage of the Municipality of Faenza, birthplace of Augusto Betti, where he lived and worked for his entire life.

“In my constant research of historical design pieces, I came across some incredible objects designed by Augusto Betti. Studying his biography, I discovered that this exceptional production was only a small part of his creative life. His greatness was clearly evident from his design pieces, which I would define as rare pearls. Thanks to his daughter Cristiana, I was able to deepen my knowledge of Augusto Betti’s entire production, also and above all as an artist. This, which for me has been – but I believe for many others will be – a real discovery, only confirms Dino Gavina’s visionary intuition of art and design as an essential combination.”

In Betti’s artistic production, always accompanied by teaching, Reichian orgone theory, attention to materials, involvement of the observer, relevance of random aspects and of intuition in creativity and design intertwine in a mixture of theory and practice well summarized in the artist’s words “[We have a perfect example of how] in the design process, the work of the hands integrates with that of the mind, suggesting new solutions and how important it is to let go, not intentionally, but through doing”. Precisely from this consideration, the Noodle armchair was born during a lesson to his students at the end of the 1960s. In order to explain the importance of free gestures in the generation of ideas, Betti took one of his signs and gave it three-dimensionality, transforming it into an armchair. Homemade tagliatelle lover, he saw the same shape in his creation and so he named it Noodle, underlining also in the choice of the title the importance of leaving space to intuitions. Thus the exhibition becomes also the occasion to present for the first time Paradisoterrestre re-edition of Noodle armchair.

The three key words in the exhibition title are both a poetic statement and a guide to the show. “Trasversale/Transversal”, “Pulsazione/Pulsation” and “Ritmo/Rhythm” are concepts whose explanation is entrusted to the artist’s own words and to the exhibited pieces. On view the extraordinary results of Betti’s researches: from his first experimentations with artworks from “cassette” series (1959-1961), to his resin and fiberglass sculptures Pulsazioni (1964), Scatola dei sentimenti (1964), Struttura equilibrante (1964), Obelisco (1965), Ballerina (1965), Vibrazioni (1967), Orgonoscopio (1967), Camera con lenti (1969); among the exhibited design pieces: Noodle armchair (1967, Paradisoterrestre Edition 2022), Austere chair and table (1967), Foemina chair (1967), Prisma armchair and sofa (1971), Ciclope chair (1972).

Appreciated by his illustrious contemporaries – including the art critic Giulio Carlo Argan, the great artist Lucio Fontana, the founder of Centro Pio Manzù Gerardo Filiberto Dasi – for reticence, modesty and character, Betti’s work remained largely unknown. In his notes: “I have never took part in exhibitions, much less in art prizes, if not under pressure”. Creativity and design were for Betti almost private issues, shared mainly with his students. A forward-looking research, with roots in the historical period in which it was undertaken but at the same time very up-to-date. With “Trasversale • Pulsazione • Ritmo” Paradisoterrestre aims at making his incredible research and production finally recognized as he deserves. And may Betti forgive us but – like him – we are firmly convinced that “The work of art is a model of behavior that remains available for those willing to enjoy it. […] My works are not a point of arrival. I hope that young people can draw further conclusions from them.”

Thanks to Cristiana Betti and Sergio Callegari; architect Silvia Maggi and Bianca Sangiorgi.

With the patronage of the Municipality of Faenza.