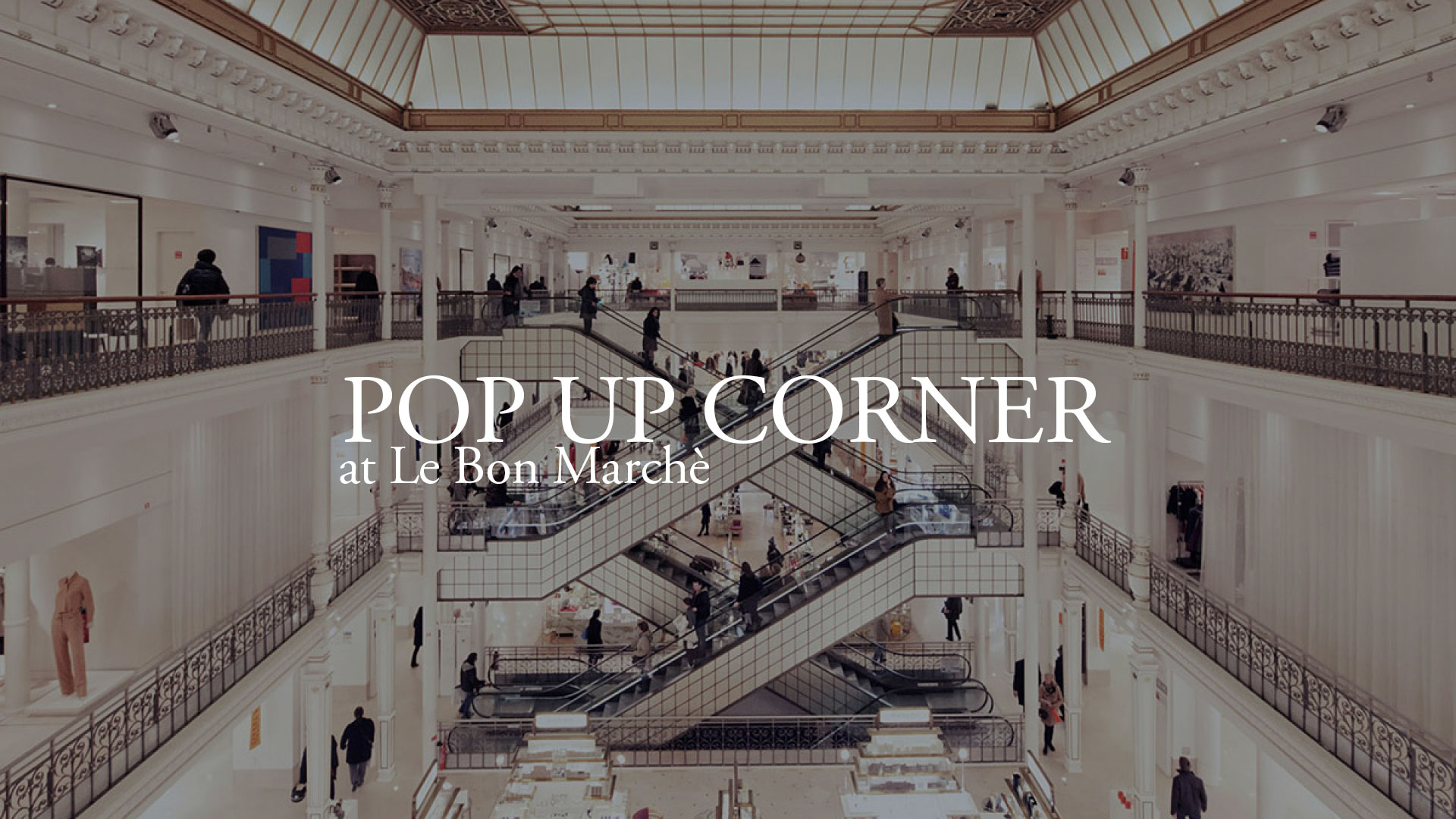 Dino Gavina’s historic brand is bringing a range of design classics to the French capital’s most famous department store for the very first time, featuring designers such as Kazuhide Takahama, Man Ray and Mariyo Yagi, as well as a new collection designed by Pierre Gonalons.

Paradisoterrestre, the historic brand created by Dino Gavina in the 1970s and brought back into the spotlight at Milan Design Week 2017 by Gherardo Tonelli, will be in Paris from 28 August to 28 October 2018 at the Le Bon Marché department store, one of the most popular destinations for French followers of fashion, design and lifestyle trends.

It was no mere stroke of fate that brought the Bolognese brand to the French capital; the two are closely connected through the designer Pierre Gonalons, who is responsible for the new 2018 collection All Around. The latter is a tribute to the simplicity and elegance of the great Japanese designer Kazuhide Takahama, as well as the distinctive columns of the famous porticoes of Bologna. From the various pieces of furniture that make up the collection, the blue and green version of the armchair was selected for the occasion, as well as the rug, also in shades of blue, with a design that is reminiscent of both surrealism and pop art.

The re-edition of the Marcel collection also appeared in the most recent Milan Design Week, designed in 1965 by Kazuhide Takahama. This innovative modular seating system is built around the basic shape of a polyurethane pouffe, allowing it to be combined in many different forms using aluminium supports. The pop-up features the armchair and the pouffe in purple, as well as the double armchair in shades of light blue. All the pieces include removable woollen Kvadrat covers.

A selection of lighting creations provides the finishing touch. These include the re-editions of the Rue Férou table lamp, designed in 1972 by Man Ray, with an adjustable diffusor in four colours — blue, green, white and black — and the Garbo, created by the artist Mariyo Yagi in 1973, a waterfall of sparkling light made from white and translucent threads that can enhance and at the same time divide a space, presented in a rectangular version with a series of 5 bulbs and a square version with 3 bulbs.

At Le Bon Marché, visitors can view and buy the displayed Paradisoterrestre’s products for the duration of the pop-up corner, located in the Home Department area on the first floor of the department store.