Fausto by Novelli Finotti on preview at Milano Design Week 2018 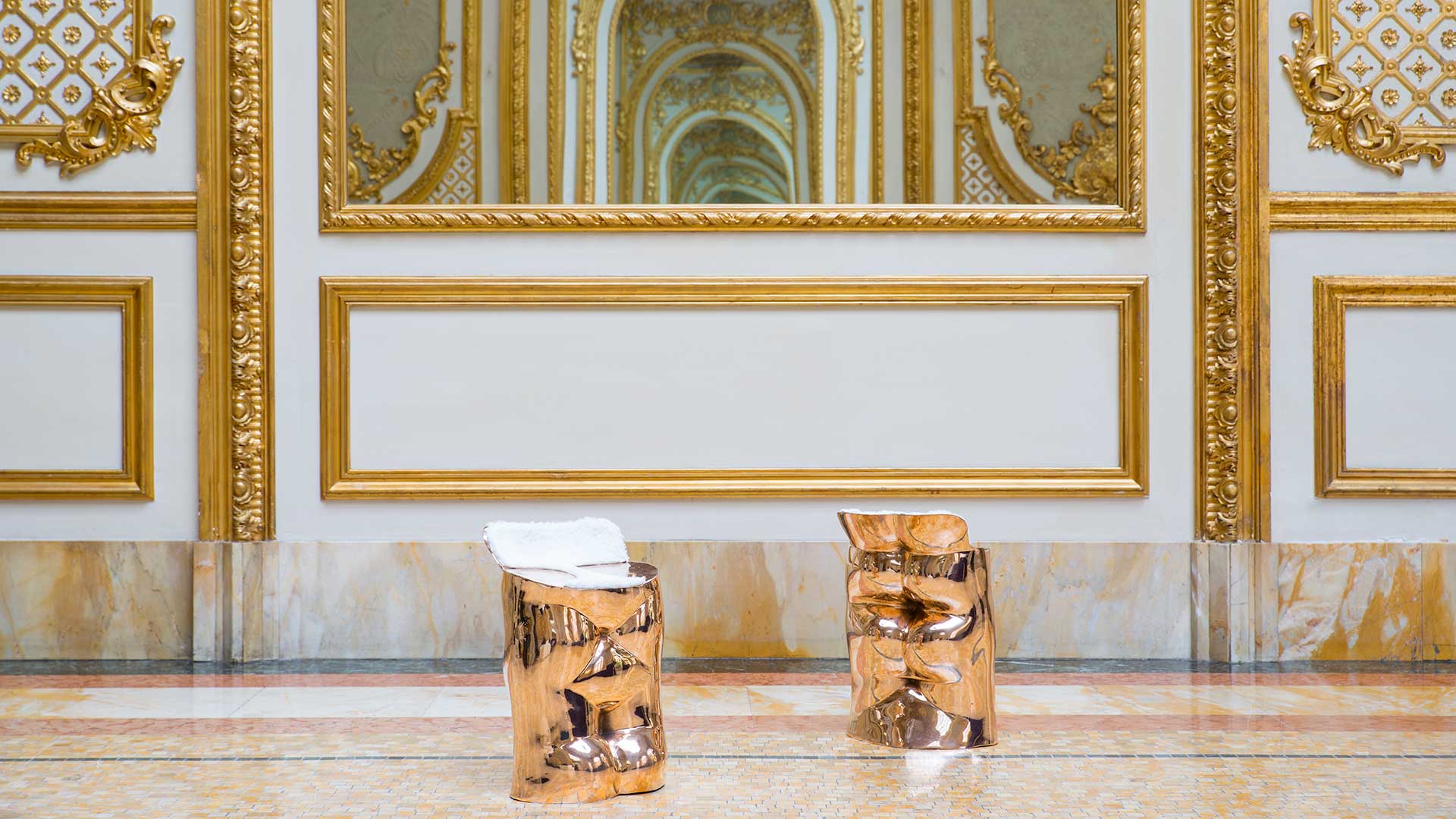 Paradisoterrestre is glad to announce the re-edition of Fausto by Novelli Finotti.

His work will be officially shown on the occasion of 2018 Design Week taking place in Milan, available in a limited edition of 100 pieces which will be personally signed and engraved by the artist.

In Novello Finotti’s fantastic world one has the insinuation of a throb of reality, a formidable impulse for the sculptor who tries to grasp and retain its sense, incorporating it in his world.

Fausto, a small seating with a humanoid presence, represents in an exemplary way, the concept of Ultramobile, the operation conceived by Dino Gavina in 1971, created with the aim of adapting a surrealist work to daily use object, maintaining a strong ironic charge to be transferred into the house.

Bio: Novello Finotti was born in Verona in 1939. He began exhibiting in 1958, winning a prize at the Exhibition of Sacred Art in Assisi. During his career he participated to many exhibitions: in New York, in 1977 at the Jolas Jackson Gallery, in Japan in 1988-89, where he participated with a set of sculptures in marble to the extensive travelling exhibition La Scultura Italiana del XX Secolo (The Museum of Fine Arts in Gifu, Art Museum in Niigata City, The Fukuyama Museum of Art) and in 1986 with a retrospective exhibition at the Palazzo Te in Mantova.

In 2001 he completed the gilded bronze decoration of the altar of the saint Beato Giovanni XXIII, in St Peter’s Basilica in Rome. In 2002 he created a large-scale figure in the white marble of Carrara representing Santa Maria Soledad, positioned in one of the external niches of St Peter’s Basilica in the Vatican.

“I have always used the body as a mean of expression and in this work, I have used the same concept.”