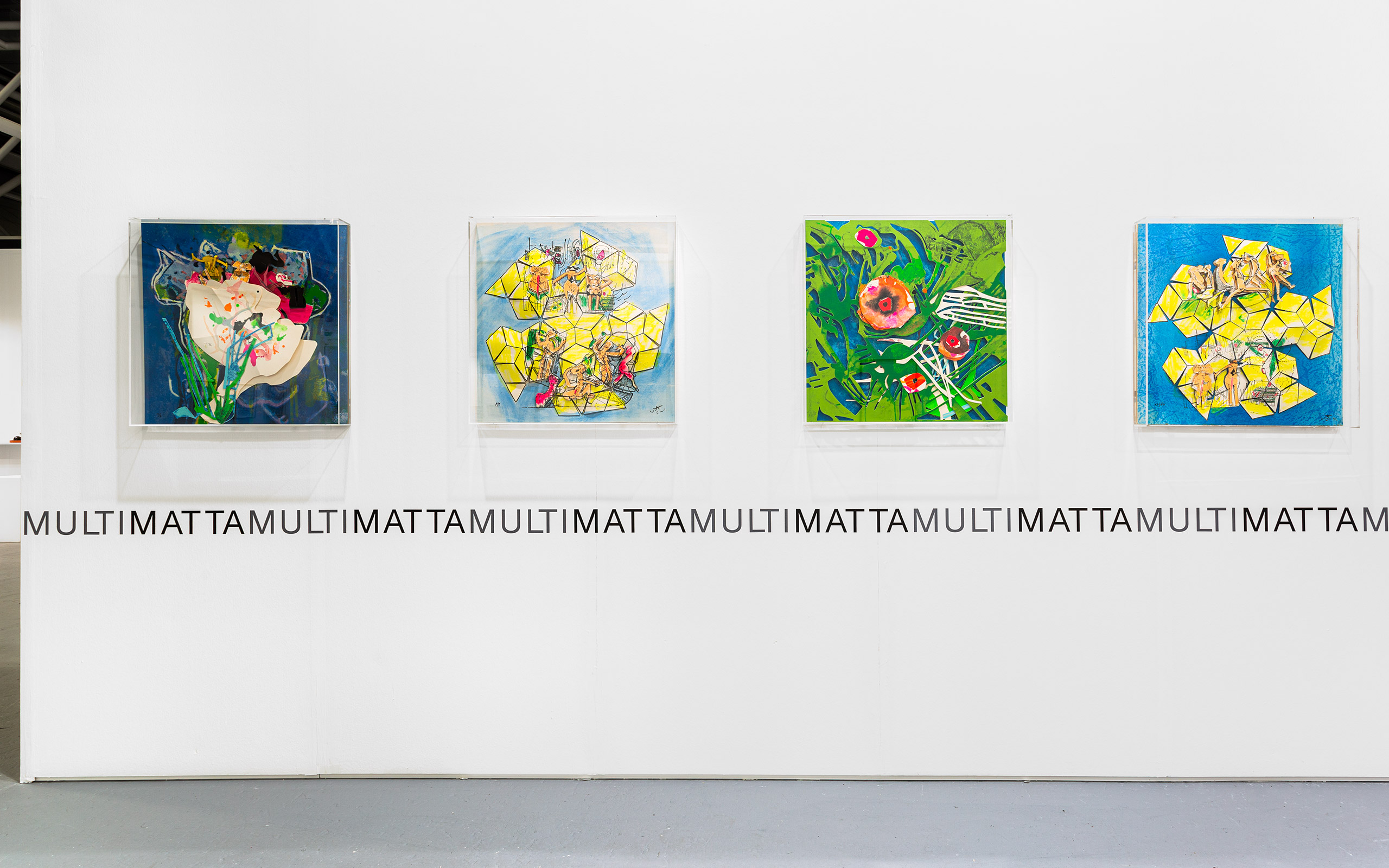 For the first time Paradisoterrestre takes part in ARTEFIERA 2023 with a project entirely dedicated to multiples by Roberto Matta (1911-2002), seminal figure of the Surrealist Movement and mentor of various exponents of Abstract Expressionism, one of the most interesting artists of 20th century, with his production between art and design.

On view ceramics made at Bottega Gatti in Faenza in the 1990s, very rare folders and four limited edition seats: from Matta Archives the resin armchairs Alidor and Amatta and from Paradisoterrestre catalogue the re-editions of the bronze functional works of art Margarita and Sacco Alato, part of the Ultramobile collection conceived by Dino Gavina in 1971.

Roberto Sebastián Antonio Matta Echaurren (1911–2002) was born in Santiago, Chile where he studied architecture. In 1934 he moved to Paris to work as an apprentice to the architect Le Corbusier. He met Salvador Dalí and André Breton and left Le Corbusier’s atelier to join the Surrealist movement. In 1939 together with André Breton, Max Ernst, Yves Tanguy and other Surrealist artists he moved to New York. During the ’40s Matta’s painting anticipated many innovations of the Abstract expressionists and influenced different artists of the so-called New York School and in particular Gorky and Motherwell. He broke with the Surrealists in 1948 and returned to Europe, settling in Rome in 1953. In the late ’50s Matta was an internationally renowned artist, with works exhibited in important museums in London, New York, Venice, Chicago, Rome, Washington and Paris. In the mid-’60s, he started a collaboration with Dino Gavina that led to the creation of iconic design pieces such as Malitte (1966) and for the Ultramobile collection (1971) Margarita, Sacco Alato and MAgriTTA. Among his most important exhibitions, the major retrospectives held at MoMA in New York in 1957 and at Centre Pompidou in Paris in 1985.